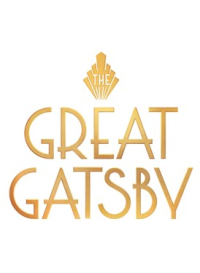 The party starts as soon as you arrive. The Mansion at the Park Central Hotel New York space has been transformed into a new interactive theatrical venue. With its own separate entrance on 55th Street and Seventh Avenue, visitors will enter immediately into Gatsby’s Mansion. A complete renovation covering over 16,000 square feet of the Park Central Hotel New York ballroom space will deliver audiences into a fully immersive and enthralling world of music, darks stories and wonder from the world of Jay Gatsby.

Upon purchase of your ticket, you are invited to one of Jay Gatsby's infamous parties. As invites go, this is the hottest ticket in town. A world of red-hot rhythms, bootleg liquor, and pure jazz age self-indulgence awaits. Spend the evening dancing, gossiping and clinking glasses with Nick Carraway, Daisy and Tom Buchanan, Myrtle Wilson, and the perfect host, Mr. Jay Gatsby himself. The champagne flows and the drama unfolds. Dress to the nines and join this heart racing, immersive theatrical adaptation of F. Scott Fitzgerald’s classic tale direct from London after 7 years of sold-out performances.

Welcome back to the roaring twenties!

“Immersive” means that the environment is designed to deliver an all-encompassing experience; from the moment you enter Gatsby’s Mansion, you will feel like you have been transported back to the roaring 1920’s. You may have the opportunity to follow the other guests into smaller rooms and spaces, with Mr. Gatsby himself, if you are so lucky! You need only interact as much as you are comfortable to – if you prefer to observe from the side-lines, please do. In fact, Mr. Gatsby often enjoys doing exactly that himself! 1920s dress code is encouraged but not compulsory.