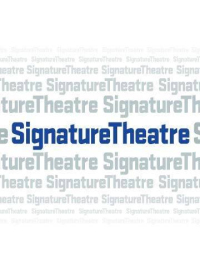 Signature Theatre (Paige Evans, Artistic Director; Harold Wolpert, Executive Director; James Houghton, Founder) celebrates playwrights and gives them an artistic home. Signature makes an extended commitment to a playwright’s body of work, and during this journey the writer is engaged in every aspect of the creative process. By producing a series of plays by each resident writer, Signature delivers an intimate and immersive journey into the playwright’s singular vision. In 2014 Signature became the first New York City company to receive the Regional Theater Tony Award.

Signature serves its mission through its permanent home at The Pershing Square Signature Center, a three-theatre facility on West 42nd Street designed by Frank Gehry Architects to host Signature’s three distinct playwrights’ residencies and foster a cultural community. At the Center, opened in January 2012, Signature continues its original Playwright-in-Residence model as Residency 1, a year-long intensive exploration of a single writer’s body of work. Residency 5, the only program of its kind, was launched at the Center to support multiple playwrights as they build bodies of work by guaranteeing each writer three productions over a five-year period. The Legacy Program, launched during Signature’s 10th Anniversary, invites writers from both residencies back for productions of premiere or earlier plays.

The Pershing Square Signature Center is a major contribution to New York City’s cultural landscape and provides a venue for cultural organizations that supports and encourages collaboration among artists throughout the space. In addition to its three intimate theatres, the Center features a studio theatre, a rehearsal studio and a public café, bar and bookstore.

Through the Signature Ticket Initiative: A Generation of Access, Signature has also made an unprecedented commitment to making its productions accessible by underwriting the cost of the initial run tickets through 2031.

Delta Air Lines is the Official Airline of Signature Theatre.