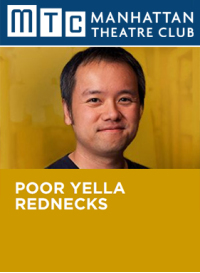 The author of the acclaimed Vietgone returns to MTC with the second play of his autobiographical trilogy about an immigrant family’s bumpy road to the American dream. Told from the mother’s perspective, Poor Yella Rednecks is the story of a young family’s attempt to put down roots in Arkansas, a place as different from Vietnam as it gets.  The production, filled with infectious music and unexpected humor, will reunite Qui Nguyen with director May Adrales for the next chapter in this highly entertaining and moving tale.

Casting for Poor Yella Rednecks will be announced soon.